The European Museum of the Year Award 2020

The Lodeve museum has been nominated for the European Museum of the Year Award.

This award goes to a museum which contributes most directly to attracting audiences and satisfying its visitors with unique atmosphere, imaginative interpretation and presentation, a creative approach to education and social responsibility.

Past winners have been both large and small museums, but all developed something which was special and changed the standards of quality in museums within Europe.

After four years of works, the new Lodeve Museum has opened with a completely new museography in July 2018. One year later, it applied for this award.

The announcement of the winners and the formal EMYA Award Ceremony will take place during the Annual Conference of the European Museum Forum. This will be hosted by Amgueddfa Cymru – National Museum Wales, in Cardiff, UK, from 29 April to 2 May 2020.

Other awards received by the Lodeve museum

November 2018 : Nominee on the 36th édition of Équerre d'Argent given by the achitecture magazine AMC

November 2019 : Winner of the Prix de la plus belle métamorphose, given by the Association des Architectes et Maîtres d’Ouvrage (AMO). 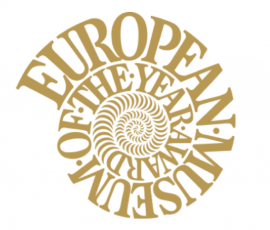 the museum is now open!
permanent exhibitions
Eric Bourret: the exhibition is postponed
next exhibition: The Last Impressionists
The European Museum of the Year Award 2020
back to homepage