When we talk about dolmens or menhirs, we usually cite the monuments in Bretagne or the iconic site of Stonehenge, in England. We often ignore, however, that the Grands-Causses, the limescale plains south of the Massif-Central, holds almost 3,500 dolmens.

These monuments were built at the end of the Neolithic era, around 3000 BC. Today, spread out across the scrubland, they were “visited” throughout history by shepherds in search of “magical stones” (cut and polished) supposed to protect their herd. Archaeologists, more meticulous, discovered human remains accompanied by offerings, deconstructing the architecture in order to better understand it and attempting, in light of these relics, to reconstruct the history of the first agro-pastoral societies.

A site to visit, amazing architecture

The Prunarède dolmen (Saint-Maurice-Navacelles) is situated on the southern Larzac Causse, near the cliffs which take up over three hundred metres, the Vis Gorges. It is one of the most iconic megalithic monuments of the region, especially due to the exceptional conservation of the cover stone. Recent archaeological excavations (2010) allowed the exploration of the architectural organisation of this monument: the chamber, but also the corridor and the burial mound, a first for this territory. The entirety was then restored in 2014 to give access to the public. The results of these digs are displayed on a large sign near the dolmen.

Treasure hunt: find the objects from the dolmen in the museum

Can you find the copper pearl and the human bones discovered in the dolmen in the rooms of the “Imprints of Man” exhibition at the museum?

Clue No. 1: the room in which these objects are exhibited is about death and beliefs during the Neolithic era.

Clue No. 2: the name of the site “Prunarède dolmen” is noted in very small lettering, next to the case

Clue No. 3: look at the slide show on this page, you will see a photo of the pearl. 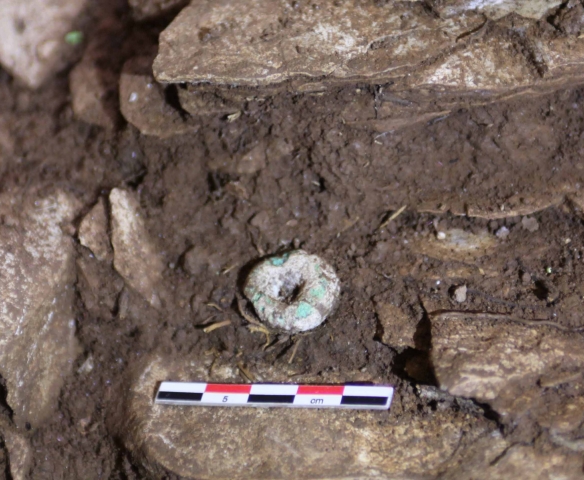 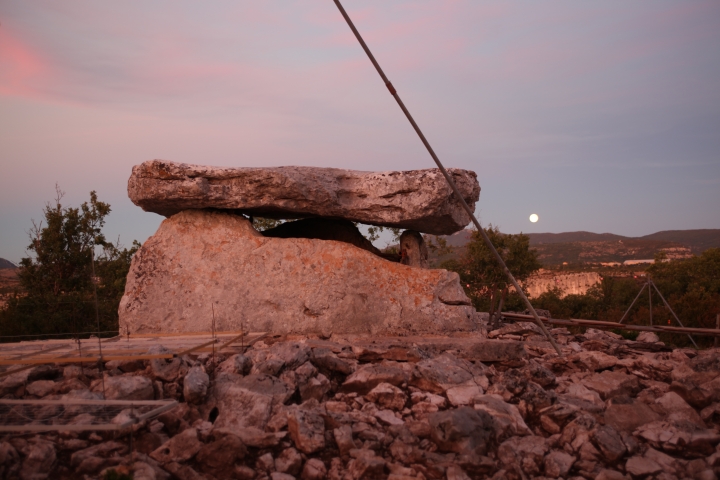 Independent visit, information sign on location
Pedestrian access: 800 metres (around 15 minutes) from the Prunarède domain visible from the department D130 (between the village of Saint-Maurice-Navacelles and the house at the Grand Site of the Navacelles circus).
Please respect the site, agricultural zone: do not leave the trail, respect the gates, keep animals on a lease, camping and fires prohibited.

Enter an address to find the route from this place to your address.

exhibition: The Last Impressionists
permanent exhibitions
The European Museum of the Year Award 2020
back to homepage